Rachel Stephens on Slavery and Suppression in Antebellum American Art 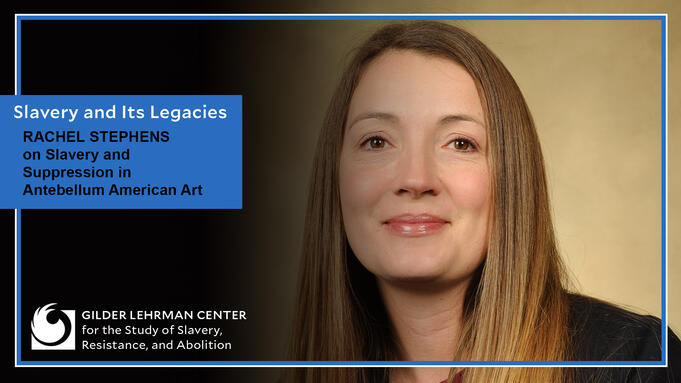 Thomas Thurston talks with Rachel Stephens on her project “Hidden in Plain Sight: Slavery and Suppression in Antebellum American Art”.

Rachel Stephens is  Assistant Professor in the Department of Art and Art History at The University of Alabama. Her research focuses on 19th-century American art and visual culture, Jacksonian-era portraiture and political prints, antebellum southern art, and race and representation.

Her book, Selling Andrew Jackson: Ralph E. W. Earl and the Politics of Portraiture, published in June 2018 with the University of South Carolina Press, explores the critical role of Earl and his dozens of portraits of Jackson within the circle and career of Old Hickory. Her current book project investigates the implications of abolitionism and pro-slavery justification on antebellum visual culture. Dr. Stephens was a Tyson Fellow at Crystal Bridges Museum of American Art in the fall of 2018 and a fellow at Yale’s Gilder Lehrman Center in the spring of 2019.

Stephens is an active member of SECAC, where she served as Editor-in-chief of Art Inquiries from 2014-2017.