James Oakes on the Legacies of Abolition 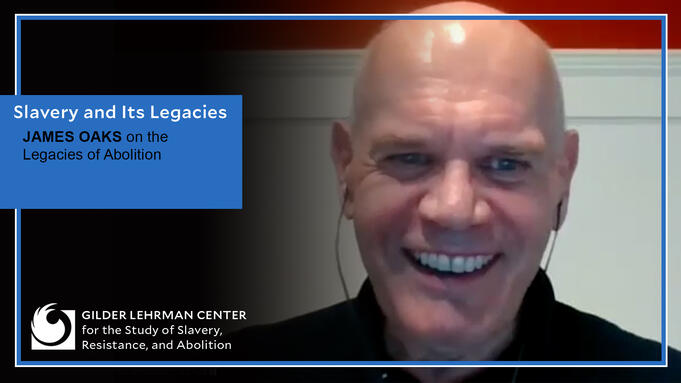 James Oakes, one of the leading historians of nineteenth-century America, has an international reputation for path-breaking scholarship. In a series of influential books and essays, he tackled the history of the United States from the Revolution through the Civil War. His early work focused on the South, examining slavery as an economic and social system that shaped Southern life. His pioneering books include The Ruling Race (1982; 2nd ed., 1998); Slavery and Freedom: An Interpretation of the Old South (1990); The Radical and the Republican: Frederick Douglass, Abraham Lincoln, and the Triumph of Antislavery Politics (2007); and his latest, Freedom National: The Destruction of Slavery in the United States, 1861–1865 (2012). The latter two garnered, respectively, the 2008 and 2013 Gilder Lehrman Lincoln Prize, an annual award for the finest scholarly work in English on Abraham Lincoln or the American Civil War era.