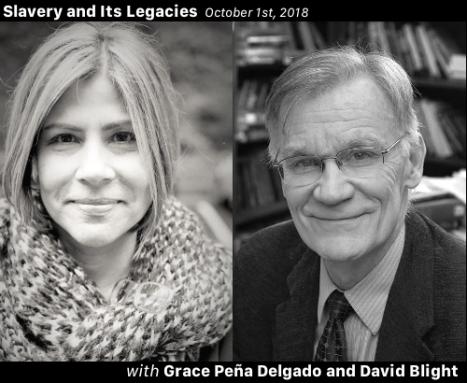 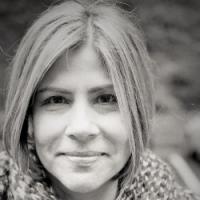 Grace Peña Delgado is Associate Professor of History and Director of Graduate Studies at the University of California, Santa Cruz. She holds longstanding research interests in sexuality, race, and immigration as they situate North America’s modern borders. Professor Delgado is the author of Making the Chinese Mexican: Global Migration, Localism, and Exclusion in the US-Mexico Borderlands (Stanford: 2012) and is co-author of Latino Immigrants in the United States (Polity: 2012). Her forthcoming book is States Against Sex: White Slavery and Deportation in the Policing of North America’s Borderlands. Professor Delgado has also published numerous articles in the Journal of Social History, Journal of American History, and Western Historical Quarterly, where her piece, “Border Control and Sexual Policing” received numerous best article awards. Delgado participates on the Arts and Humanities Research Council’s (UK) Project on Trafficking, Smuggling and Illicit Migration in Historical and Gendered Perspective at Cambridge University and also collaborates with Yale University’s Gilder Lehrman Center for the Study of Slavery, Resistance and Abolition working group on Modern Day Slavery. In addition to her research, Delgado has received an Excellence in Teaching Award from UCSC’s Academic Senate and is lead faculty UCSC’s Dissertation Proposal Development Program with the Mellon-SSRC Foundation. 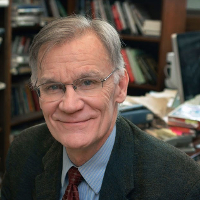 David W. Blight is Class of 1954 Professor of American History at Yale University, joining that faculty in January, 2003. He previously taught at Amherst College for thirteen years. Since June, 2004, he has served as Director, succeeding David Brion Davis, of the Gilder Lehrman Center for the Study of Slavery, Resistance, and Abolition at Yale. In this capacity, he organizes conferences, working groups, lectures, the administering of the annual Frederick Douglass Book Prize, and many public outreach programs regarding the history of slavery and its abolition.

Blight is dedicated to the world of public history, including memberships on museum and historical society boards, and as a member of a small team of advisors to the 9/11 Memorial and Museum team of curators. He lectures widely in the US and around the world on the Civil War and Reconstruction, race relations, Douglass, Du Bois, and problems in American historical memory. He teaches summer institutes for secondary teachers and for park rangers and historians in the National Park Service. Blight has been a consultant to many documentary films, including the 1998 PBS series, “Africans in America,” and “The Reconstruction Era” (2004).

Blight is the author of numerous books. His new, full biography of Frederick Douglass will be published by Simon and Schuster in 2018. Race and Reunion: The Civil War in American Memory (Harvard University Press, 2001) received eight book awards, including the Bancroft Prize, the Abraham Lincoln Prize, and the Frederick Douglass Book Prize as well as four awards from the Organization of American Historians, including the Merle Curti prizes for both intellectual and social history. American Oracle: The Civil War in the Civil Rights Era (Harvard University Press, 2011) received the 2012 Anisfield-Wolf Award for best book in non-fiction on racism and human diversity. A Slave No More: Two Men Who Escaped to Freedom, Including their Narratives of Emancipation (Harcourt, 2007) garnered three book prizes, including the Connecticut Book Award for non-fiction. Other published works include a book of essays, Beyond the Battlefield: Race, Memory, and the American Civil War (University of Massachusetts Press, 2002); and Frederick Douglass’s Civil War: Keeping Faith in Jubilee (LSU Press, 1989).

Blight has a Ph.D. from the University of Wisconsin-Madison, and did his undergraduate degree at Michigan State University. He has also taught at Harvard University, at North Central College in Naperville, Illinois, and for seven years was a public high school teacher in his hometown, Flint,

Michigan. In 2002, he was elected as a member of the Society of American Historians in 2002 and in 2012 he was elected to the American Academy of Arts and Sciences. Blight also has served on numerous elected Board of Trustees, including the New-York Historical Society, the National Civil War Center at Tredegar in Richmond, VA, and the board for African American Programs at Monticello in Charlottesville, VA. He also served on the board of advisors to the Abraham Lincoln Bicentennial Commission.