Elizabeth Hinton on Race, Policing, and Mass Incarceration in times of COVID 19 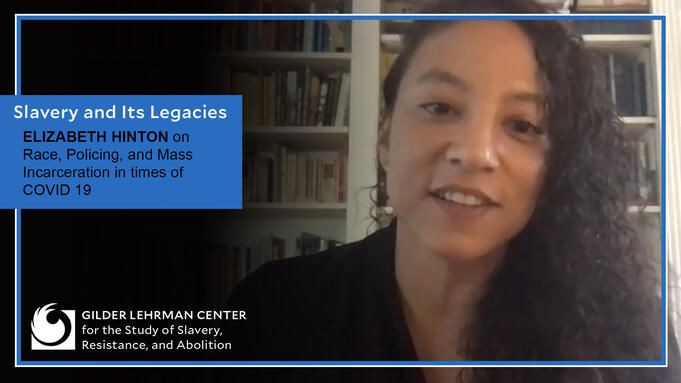 Hinton’s research focuses on the persistence of poverty, racial inequality, and urban violence in the 20th century United States. She is considered one of the nation’s leading experts on criminalization and policing.

In her book From the War on Poverty to the War on Crime: The Making of Mass Incarceration in America (Harvard University Press), Hinton examines the implementation of federal law enforcement programs beginning in the mid-1960s that transformed domestic social policies and laid the groundwork for the expansion of the U.S. prison system. In revealing the links between the rise of the American carceral state and earlier anti-poverty programs, Hinton presents Ronald Reagan’s War on Drugs not as a sharp policy departure but rather as the full realization of a shift towards surveillance and confinement that began during the Johnson administration.

Hinton’s articles and op-eds can be found in the pages of the Journal of American History, the Journal of Urban History, The New York Times, The Atlantic, The Boston Review, The Nation, and Time. She also coedited The New Black History: Revisiting the Second Reconstruction (Palgrave Macmillan) with the late historian Manning Marable.