In this episode Thomas Thurston spoke with Christienna Fryar, an Assistant Professor of History at SUNY Buffalo State and a visiting fellow at the Gilder Lehrman Center, on post-emancipation Jamaica, an era that scholars of British imperial history have defined as the three decades between full freedom in the 1830s and the Morant Bay Rebellion in 1865. Professor Fryer uses a series of particular disasters on the island to examine the British colonial administration’s response to key moments in the history of post-emancipation Jamaica. She suggests that emancipation was a much longer and less clearly defined process than typically understood. 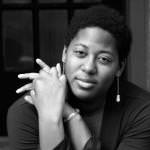 Christienna D. Fryar Is an assistant professor at SUNY Buffalo State and a historian of the nineteenth-century British Empire, the Modern Caribbean, and comparative slavery and emancipation. Her research interests include colonial administration in post-emancipation Jamaica, disasters, Black Europe, language politics, sports and the rise of the British Commonwealth, and more broadly, the ever-changing relationship between the United Kingdom and the Anglophone Caribbean. She teaches courses that cover Caribbean history from contact to the present; Britain from the Glorious Revolution to the present; European imperialism; the slave trade, slavery, and emancipation across the Atlantic World; and the history and politics of disaster. She is a product of Hampton Roads, Virginia; Duke University (AB, 2005); and Princeton University (MA, 2007; PhD, 2012).