In this episode Angela Alonso, from the Department of Sociology at the University of São Paulo, Brazil, argues that the campaign for the abolition of slavery was the first national social movement and that its success relied on the building of national networks and contacts with the international abolitionist movement. 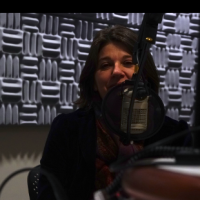 Angela Alonso is a professor of Sociology at University of São Paulo, Brazil, and the president of Cebrap (Brazilian Centre of Analysis and Planning). Currently Angela is also a CNPq (Brazilian National Council on Research) research fellow. Angela served as coordinator of the Social Research Laboratory, 2012-15, as member of the academics committees of the Brazilian Social Sciences National Association, 2014-16, and the Brasiliana Guita and José Mindlin Library, 2013-2016. Angela was a post-doc at Yale University (2009-2010), and collaborated as researcher at the Development Research Centre on Citizenship - University of Sussex (2000 - 2010).

Angela’s second book, Joaquim Nabuco: os salões e as ruas (Companhia das Letras, 2007), is a biography of the parliamentary leader of the Brazilian movement for the abolition of slavery. It was selected in the short list of two prizes (Jabuti Prize and Brazil-Portugal Telecom Prize of Literature) and it is also going to appear in French late this year.

In 2009, Angela was awarded a Guggenheim Fellowship for developing the research for their last book, just released in Portuguese by Companhia das Letras (Flowers, Votes and Bullets: the Brazilian Abolitionist movement - 1868-1888) . The book is won two national prizes in Brazil in 2016 and it is forthcoming in English by Cambridge U.P.